Last week I decided to test, for the first time, the pinhole option in my Lomo camera Diana F+. Amazing experience. I really like the fact that is a medium format camera and the aperture is the biggest one of pinhole cameras: F135. I found online some exposure guide to help me and was really useful. Some people build their own pinhole cameras using household materials, such as cans or boxes. I never tried, but there are a lot of online tutorials. Seems easy to do it and very cheap as well. This is the exposure guide of my Diana, I downloaded from Lomography website:

To do my experimental I used the Film Ilford HP5. This is my first shoot, at Hampstead Park. The day was cloudy so I decided to use a tripod and press the shutter for 10 seconds. Instead of other analog cameras, the shutter of this is totally manual, similar to the bulb mode of digital/analog equipment. I struggled to measure the exposure time by myself but if think it will be better with practice.

This one I did at home. My room was totally dark, only with a candle light in front of my bed. The film was exposed for approximately one hour. I moved myself during the exposure time to give this ghost effect and I loved the result. I forgot to remove the lens of the camera, so the image is a bit cropped. Another problem that I had was to scroll the film. These toy cameras are not perfect, so sometimes they do not work properly. My images were exposed over the others, looking like a big panorama. It wasn’t suppose to be like that, but there is no way to control what happens inside of the equipment. Overall, I liked the quality of the images and was really enjoyable to play with pinhole mode. The results were different from what I was expecting. However, I enjoyed the feeling of doing something that I don’t know how will look like in the end.

The Salt and Silver exhibition is a collection of pictures between 1840-1860 to tell the history of the beginning of photography. The display is divided into four sections: paper photography, modern life, epic and presence.

There is a small information about Willian Fox Talbot’s life and some of his prints using salt technic in the first room. The prints are interesting and it is a wonderful opportunity to see them. However, to be honest, I missed some explanation about the technical process. In the end, I was frustrated because there were few historical information and nothing about technic. However, I decided to search online how Talbot did his prints. I found, at the Ilford website, a guide summarising the idea and explaining the salt and silver method. In order to produce light-sensitivity, a sheet of paper is washed with a solution of salt (sodium chloride), followed by coating one side only with silver nitrate. The paper is printed, after dried, on strong sunlight exposure. The sensitive side is putted up, directly under a negative and beneath a sheet of glass within a printing frame.The exposure time is approximately two hours and needs to be determined by visual inspection. After that, a hypo solution (sodium thiosulphate) is used to fix the print. Then, the paper is washed and dried. (http://www.ilfordphoto.com/aboutus/page.asp?n=128)

It is possible to see, in the third room, some albumen printings. In 1951, this formula was discovered and displaced the salt one. Besides the method, the difference between both is the color and sharpness. The albumen is sharper and proximately of sépia color while salt and silver prints are softer and the color is a mix of magenta and brown. 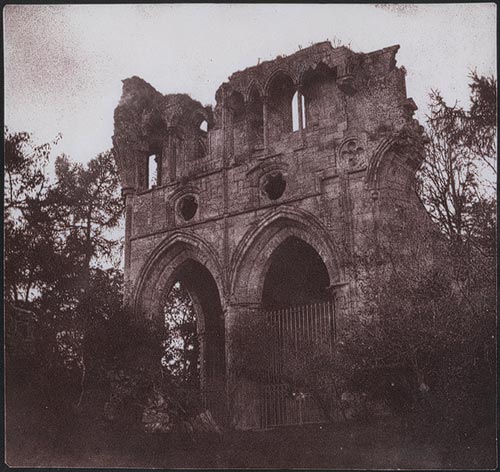 My favorite room was the last one. I could see the beginning of portrait and documentary photography. Amazing!

One month ago I went to Tate Modern to see the exhibition Conflict of Time. It is a wonderful collection of pictures that was taken all around the world about war. I spent some hours there because it has a lot of images and historical information, so it takes time to see everything. In the end I was mentally tired but some pictures captured my attention. I stayed looking at them for some minutes; then I took my way home.

A whole month passed, and those images keep in my mind. So I decided to research about them. The name of the photographer is Chloe Dewe Mathews. She researched files relating to soldiers shot during World War One and returned to the location where they were executed to photograph the day and time that most closely approximated the dates of their deaths. Chloe used an analog camera do this project and spend a year to achieve her objectives. The result is amazing. In an interview to The Guardian, she told a history about this first image:

“James Crozier was 16 when he presented himself at his local army recruiting office in Belfast in September 1914. He was accompanied by his mother, Elizabeth, who tried in vain to prevent him enlisting. The recruiting officer, who also happened to be called Crozier, assured her he would look out for her son and ‘would see that no harm comes to him’.

Throughout the winter of 1915-16, Private James Crozier fought on the Somme in the 36th Ulster Division, 9th Battalion Royal Irish Rifles. In early February 1916, he failed to report for sentry duty in the trenches near Serre on the Western Front. A week later, he was found wandering in a daze some distance behind the front line. An army doctor examined him and declared him fit in both mind and body and, on 14 February 1916, he was court-martialled for desertion. James Crozier defended himself, saying that he had not known what he was doing when he went absent and had been wracked with pains throughout his body. He was sentenced to death.

Frank Crozier – the officer who had reassured Crozier’s mother – was asked to supply a recommendation as to whether or not the sentence should be commuted. He recommended that it should be carried out. On the eve of the execution, whether out of compassion or guilt, he insisted that the condemned soldier be plied with drink through the night. As dawn broke on 27 February 1916, 18-year-old Private James Crozier, a boy who had defied his mother to fight for his country, was carried, unconscious from alcohol, from a holding cell to the grounds of a commandeered villa nearby. As he was incapable of standing, he was tied upright to a post and blindfolded.” 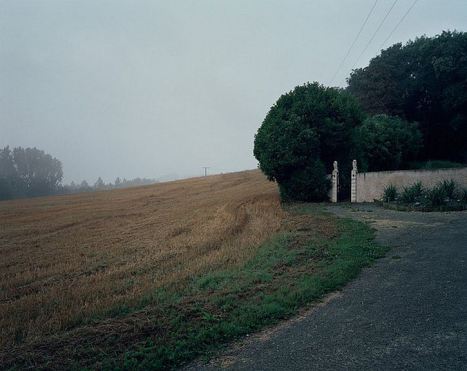 I’m glad that I decided to discover more about this images. I found a touching  and inspired project. This images and histories will be in my mind forever. It is impossible now to visit a place and don’t ask myself about what happened there in the past.

Here is the link with an video interview on The Guardian newspaper: http://www.theguardian.com/artanddesign/2014/jun/29/chloe-dewe-mathews-shot-at-dawn-moving-photographic-memorial-first-world-war

Doing a research I found a nice information about the origin of photography. The word “photography” was introduced to the world by John Frederick William Herschel in a work called “Note on the Art of photography”, in 1839. This paper mentioned the photograph terms “negative” and “positive” in a reference to the inventions of Willian Fox Talbot. Talbot was the pioneer in the creation of three photographic elements: developing, fixing and printing. He discovered, by accident, that an image can be fixed in a paper even after a low exposure time.  Using a chemical solution to develop a film into a negative, he removed the light-sensitive silver from a film enabling people to see the image in a bright light and print the photograph in a paper from the negative. This process was called ‘Calotype’  and was patented in 1841.

Before this brief research I never have read or heard about Willian Talbot. I select some images that he took in 1894 to put here. 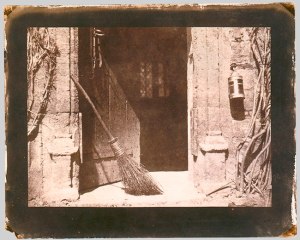 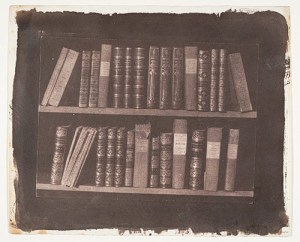 This week I learned how to do a Cinemagraph. I discovered this sort of image some years ago and found quite interesting. It is really easy to do it on photoshop, but instead of photograph images it necessary to record a video. The most difficult part is creativity to do something nice and different.

I did one to get used with the technic. I think the result is quite nice but I need to practice more to discover how to do nice videos.

Yesterday I went to Marlene Dumas exhibition at Tate Modern. The exhibition covered Duma’s entire career and it is organized by chronology. I discovered this painter some weeks ago and was delighted with her work. Marlene was born in South Africa in 1953. Her paintings explore themes such as sexuality, death and shame, making reference to art history, popular culture and her life. A lot of people don’t like her work because her portraits are strong and a bit disturbing.

At the end of the exhibition, I selected this portrait as my favorite one. In this painting, Dumas tried to represent South Africa and all its citizens. This black man has a facial expression that can awake the feeling of recognition in everyone. As a women, I feel his fragility. The same feeling that I have sometimes when I try to take my place in society. The blue in his front reminds me of freedom. Freedom is a fight that I will never give up, neither as a woman nor as a person because everyone has the right to make their own choices.